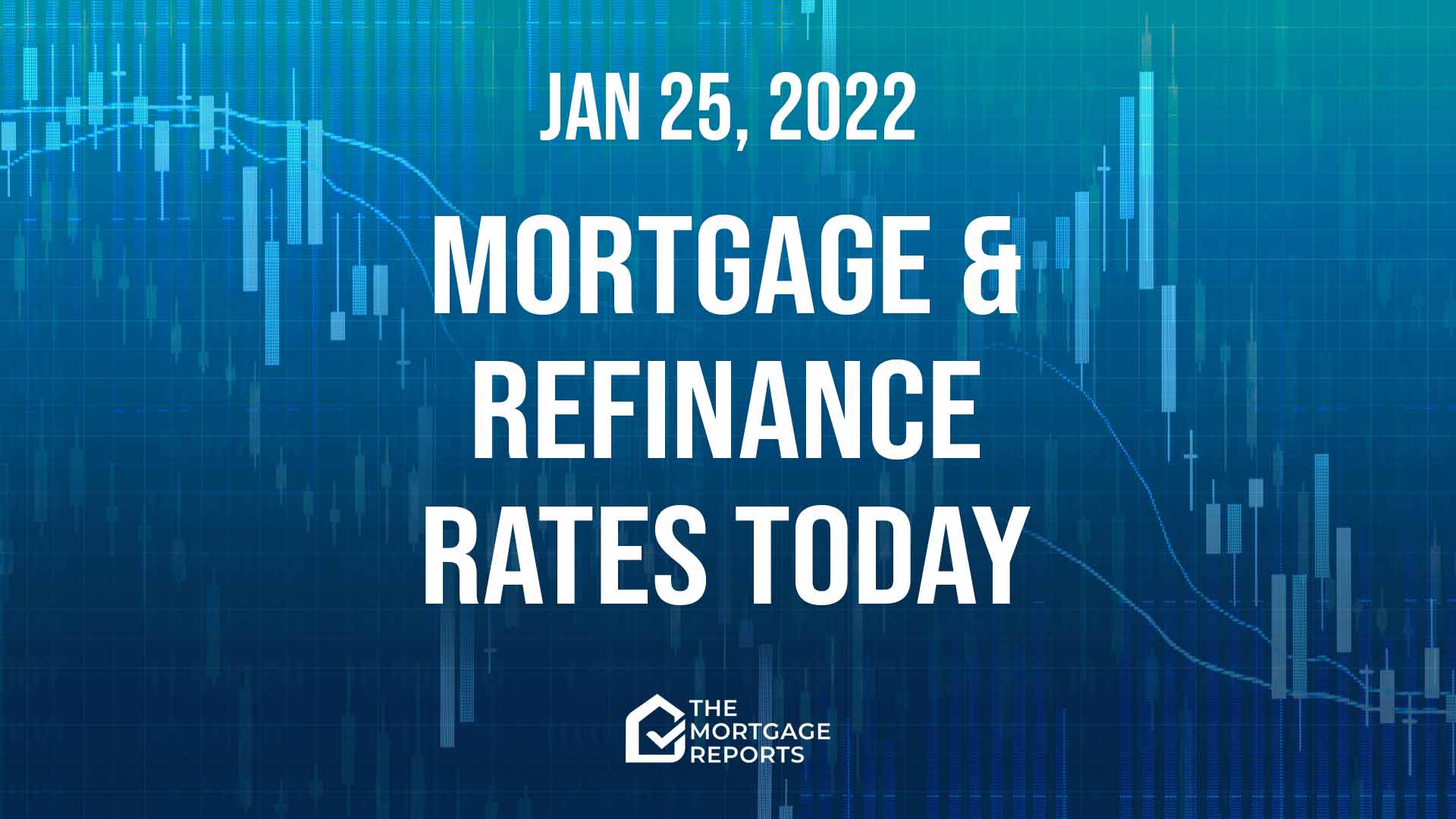 First thing this morning, it was looking as if mortgage rates today might increase or hold steady. But, as we saw yesterday, they often change direction sharply as the hours pass. As CNN Business put it this morning: “Get ready for more wild swings. Volatile markets are back.”

My advice is still to lock your mortgage rate soon, though not on days when falls look likely.

But my case isn’t as clear as it was a couple of weeks ago. Because there are more risk factors around at the moment. Read on for more details.

*A change of less than $20 on gold prices or 40 cents on oil ones is a fraction of 1%. So we only count meaningful differences as good or bad for mortgage rates.

So use markets only as a rough guide. Because they have to be exceptionally strong or weak to rely on them. But, with that caveat, mortgage rates today are likely to rise or hold steady. However, be aware that “intraday swings” (when rates change direction during the day) are a common feature right now.

A lot is going on at the moment. And nobody can claim to know with certainty what’s going to happen to mortgage rates in coming hours, days, weeks or months.

And what’s said and written that day could have a big impact on mortgage rates, even though no major announcements are expected. Because we might get some hints over its plans for its asset balance sheet.

It acquired the bulk of those to keep mortgage rates artificially low. Its purchases pushed up the price of MBSs, which sent their yields (and therefore mortgage rates) lower. Bond prices always move inversely to bond yields.

The Fed’s already announced that it’s slowing those purchases and will stop adding them to its balance sheet in March. However, it will continue to spend the money it receives when these bonds mature on new ones. So it’s not completely ducking out of the market.

The first of two big questions is: For how long? The last time it ended a similar round of MBS asset purchases, it kept reinvesting receipts from maturities for 30 months. But some members of the FOMC are already saying that’s too long. The sooner it fully pulls out of the market, the greater the upward pressure on mortgage rates.

The second big question is: When will it reverse the policy, reducing the MBSs on its balance sheet by selling them? No doubt, it will dribble them onto the market when it does. But that’s still bound to add more pressure on mortgage rates to rise.

Nobody’s expecting the FOMC to lay out a detailed timetable for changes to its treatment of MBSs tomorrow. But signals and hints are a different matter. That’s how the Fed operates: by softening up markets ahead of actual announcements through series of those signals and hints.

In response, markets have turned the reading of those hints into an art form, parsing every sentence and poring over every word. And it can take a while for markets to do that. So, sometimes, it takes time for them to respond.

In other words, don’t necessarily expect an immediate, sharp reaction to the Fed’s words tomorrow. Unless their meaning is immediately clear, it may take days or longer for the message to sink in.

If you subscribe to The Wall Street Journal and wish to know more, read Fed Steps Up Deliberations on Shrinking Its $9 Trillion Asset Portfolio.

Why mortgage rates could yet fall

Even when mortgage rates were amid an obvious upward trend, I’d occasionally trot out a list of things that could turn them around. And I’d say they were possible but highly unlikely. Suddenly, some of them seem a bit less unlikely.

My list would often include a new and highly damaging COVID-19 variant, a war involving the US, and a stock market collapse.

Hmm. The possibility of a new variant has never gone away. But the situation in Ukraine is a new danger. The Pentagon has put 8,500 troops on high alert and other NATO forces are also rallying in response to a highly credible threat from Russia.

Meanwhile, last week, Jeremy Grantham, co-founder of Boston-based fund manager GMO, wrote about his fears of a “superbubble” in stock and property markets. And he’s expecting that bubble to pop soon. Of course, there are always a few doomsayers around Wall Street predicting such events. But, as The Guardian put it this morning, Mr. Grantham “called the dot-com and 2006-08 crashes with impressive precision.”

Writing in a Wall Street Journal e-newsletter this morning, Jason Zweig acknowledged the risk: “I don’t know whether we’re on the cusp of a cataclysmic decline, or whether this is one of the market’s normal see-saw rides.” Food for thought.

So, mortgage rates might fall if any of these scenarios comes to pass. But at what cost!

For a longer overview of where mortgage rates are going, read the weekend edition of this daily rates report.

Over much of 2020, the overall trend for mortgage rates was clearly downward. And a new, weekly all-time low was set on 16 occasions last year, according to Freddie Mac.

Since then, the picture has been mixed with extended periods of rises and falls. Unfortunately, since last September, the rises have grown more pronounced, though not consistently so.

The numbers in the table below are for 30-year, fixed-rate mortgages. Fannie’s were published on Jan. 19 and Freddie’s and the MBA’s on Jan. 21.

Personally, I was surprised that Fannie Mae only slightly increased its rate forecasts in January. It believes that rates for 30-year, fixed-rate mortgages will average 3.2% over the current quarter. But, on the day its figures were published, we reported those for conventional loans were already up to 3.87%.

Do Fannie’s economists expect those rates to plummet later this month or in February or March and remain lower in the following quarters? If so, they know something that I don’t. And that their peers in Freddie and the MBA’s teams don’t, either, though I’m less optimistic than any of them.

Of course, given so many unknowables, the whole current crop of forecasts may be even more speculative than usual.

Meta Platforms Sees its Future in the Metaverse and…

HELOCs vs. credit cards: Which option is better in 2023?