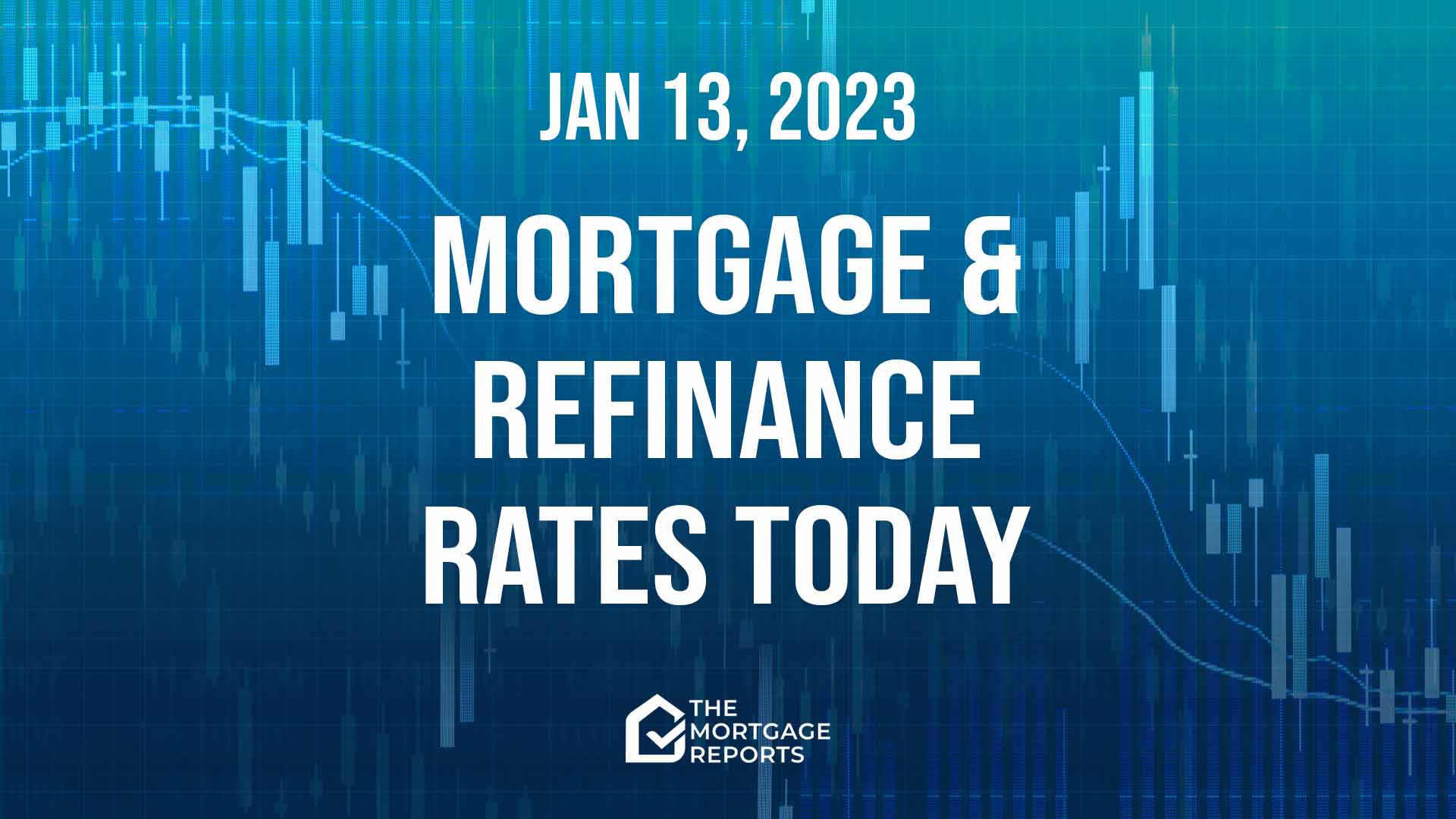 Average mortgage rates fell by a worthwhile amount yesterday. They are now at their lowest level since last September.

Earlier this morning it was looking as if mortgage rates today might rise. However, as always, that could change as the hours pass.

I will review my personal rate lock recommendations (below) after we’ve had a chance to see how the Federal Reserve reacts to yesterday’s inflation report. Let’s hope there will be some green “float” ones next week.

And, for now, those recommendations remain:

So, use markets only as a rough guide. Because they have to be exceptionally strong or weak to rely on them. But, with that caveat, mortgage rates today look likely to rise. However, be aware that “intraday swings” (when rates change speed or direction during the day) are a common feature right now.

Yesterday’s consumer price index (CPI) showed that prices actually dropped in December. It was the first time that had happened in more than two years.

That was terrific news. No wonder mortgage rates fell. Both markets and the Federal Reserve must have been delighted.

The Fed is likely to see the CPI as showing that its painful anti-inflation measures are beginning to work. However, markets look to me to be too optimistic about how the Fed will respond in practical terms. They seem to believe that the central bank will very quickly stop its rate hikes.

In reality, the Fed will be recalling a painful lesson it learned in the early 1980s. Back then, it fought inflation with massive rate increases, which caused an unusually harsh recession. Sure enough, prices fell. But the Fed let up too soon and inflation rose again, requiring a second recession.

I believe that the Fed is determined not to repeat that mistake. So, markets may not get the low interest rates they hope for as quickly as they wish. And, if they are disappointed in that way, mortgage rates might well rise sharply.

According to Freddie Mac’s archives, the weekly all-time low for mortgage rates was set on Jan. 7, 2021, when it stood at 2.65% for conventional, 30-year, fixed-rate mortgages.

In November, Freddie stopped including discount points in its forecasts. It has also delayed until later in the day the time at which it publishes its Thursday reports. And, from now on, we’ll be updating this section on Fridays.

The numbers in the table below are for 30-year, fixed-rate mortgages. Fannie’s and the MBA’s forecasts appeared on Dec. 19 and Freddie’s on Oct. 21. Freddie now publishes its forecasts quarterly and its figures can quickly become stale.

Of course, given so many unknowables, the whole current crop of forecasts might be even more speculative than usual. And their past record for accuracy hasn’t been wildly impressive.

How to Finance Gym Equipment for Your Business

Mortgage and refinance rates today, Jan. 14, and rate forecast for next week

Working Capital Loans: What They Are and How They Work

The Best Mortgage Refinance Companies for 2022

The Definitive Guide to Small Business Loans for Women

Liz Looks at: the Great Tightening